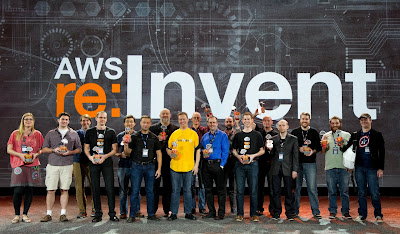 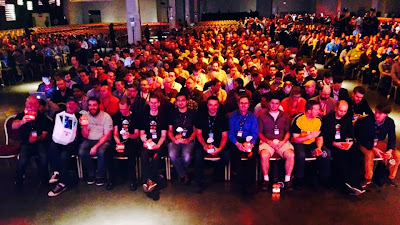 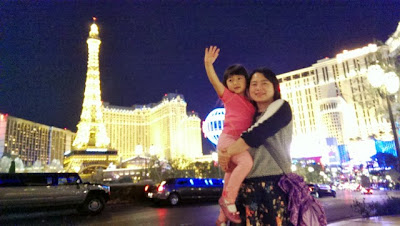 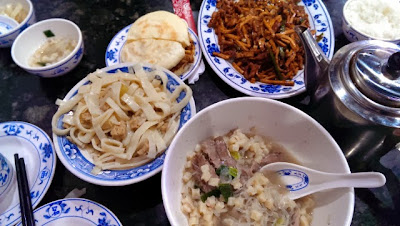 Finally, it's July 4th when everyone comes to Navy Pier, pays $20/hour parking to watch exciting fireworks, despite the fact that the exactly same fireworks happens every Wednesday and Saturday night here all summer long.

A week in Istanbul

Ömer Aşık had a decent season in Houston Rockets and my wife's best friend is getting married in Turkey. Therefore Yilin, my wife and I decided to spend a week in Istanbul, which turned out to be the most amazing and memorable vacation we ever had.

Way too many things to do

If I ever going to visit Istanbul again, I would definitely reserve at least a month. There are way too many interesting things to do in Istanbul for a week-long vacation.

Being a Chinese picky eater, I felt dubious about the quality of food from these "good and cheap" restaurants. Finally we had chance to have a bite, from which point we couldn't stop. If I were born in Turkey, I would be a happy Turkish programmer who never cooks. 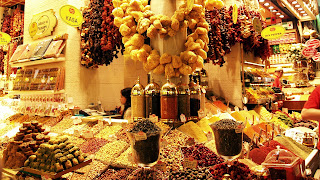 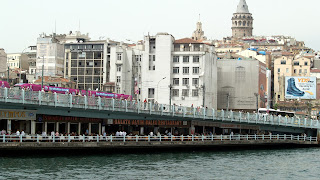 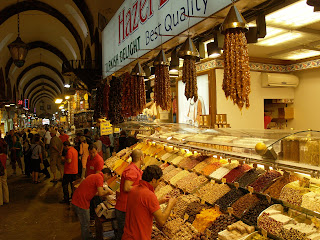 It's a shame how much U.S. defames Muslim for all the time. By far Turkish people are the kindest people I've met. Every time my car stops and opens window, people walk to me and ask if I need help. Every 5, 10 minutes Yilin walks on a street, people hug, kiss her, take photo with her or give her gifts. During the stay Yilin received free gifts from random people every single day. 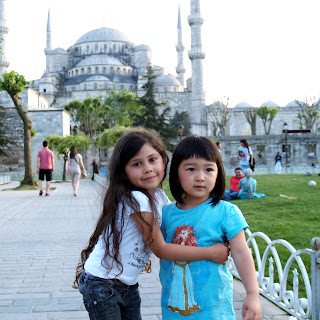 Here's another story about how nice Turkish people are. We were walking down a street with a dozen restaurants where people sell food aggressively. To pass through the area, we told a guy that we just finished lunch, maybe we could come back for dinner later. The person was nice enough and gave us his card, saying he would gave 15% discount if we back. We did back to the area again at dinner time and this time a different man came to us to sell food. We showed him the card and said someone promised a 15% discount. What surprised me was, instead of convincing me how good his food is or giving me a price match, this man took us to the address on the card and said "have a good lunch". Can this happen in U.S. or China? Hard to imagine. 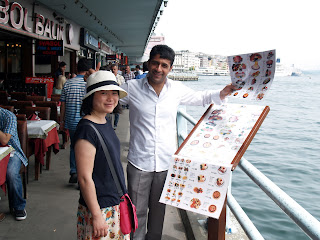 My friend's wedding ceremony took place in Sait Halim Pasa Yalisi. For people who don't know what it is, like myself, it's a big waterfront house with about 20 rooms, a separated 6000-squarefoot ball room and granite lions at gate. Big shots used to live here, obviously. Now it's mostly for events like wedding ceremony. The level of luxurity here is absolutely jaw-dropping. Guests dressed up in the way I've only seen in Oscar, not in Golden Globe. Again, Turkish strangers showed great hospitality to me, the only person in jeans, the only yellow family in ceremony.

The ceremony was about 6 hour long, during which bride and broom spoke, ate and danced all the time until midnight. Only marathon runners have competency to do what they did. I kept telling my self, getting married is for young people. 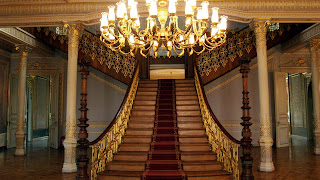 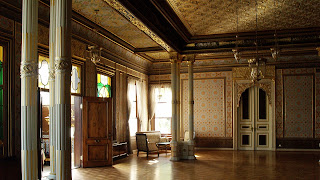 I'm not funny because I don't watch Family Guy 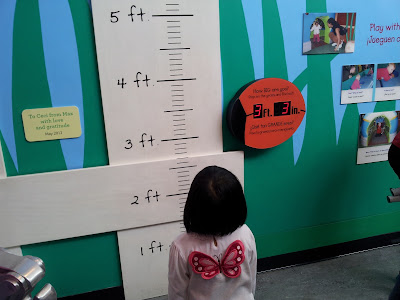 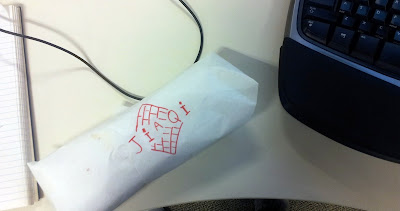 Like many folks here in the building, every noon I order sandwich from Snarf's online and pick it up from store to feed my starving tummy. But today is not any day, today I received my lucky order.
Posted by Jiaqi Guo at 7:33 AM No comments:

There's a surprise every day. 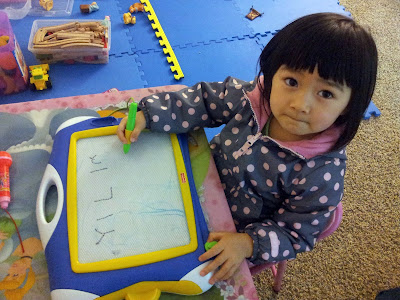 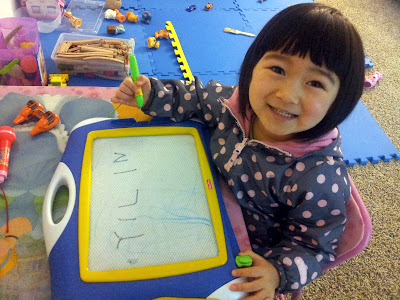 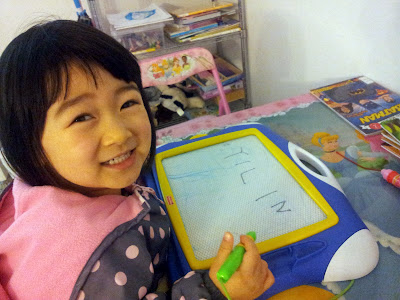 Wreck-it Ralph is from Chicago? 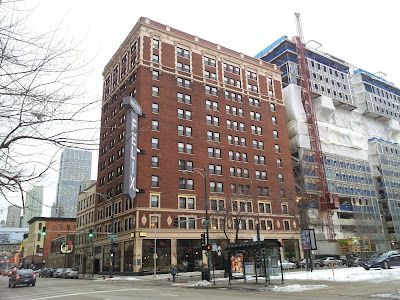 The building of Fix-it Felix Jr.

From Seattle to Chicago

Having lived in Seattle for 6 years, I thought Seattle is the one with notorious weather. Turns out I was wrong. 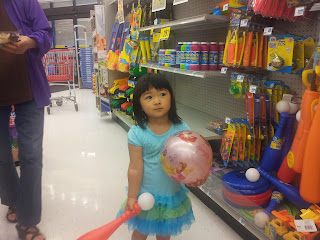 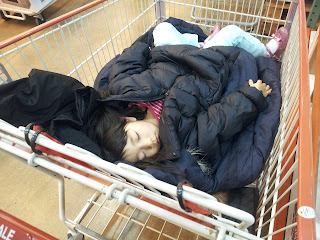 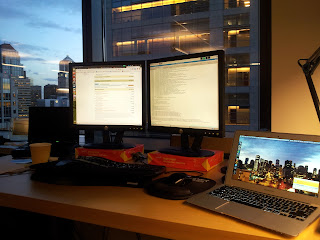 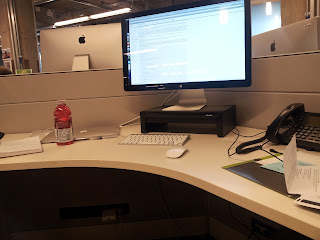 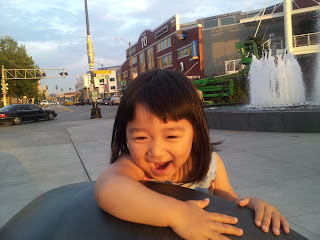 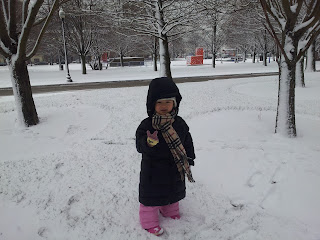 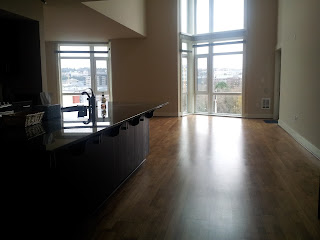 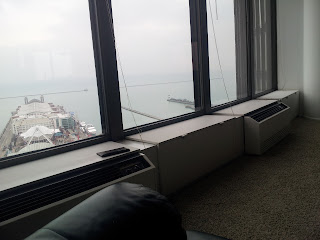